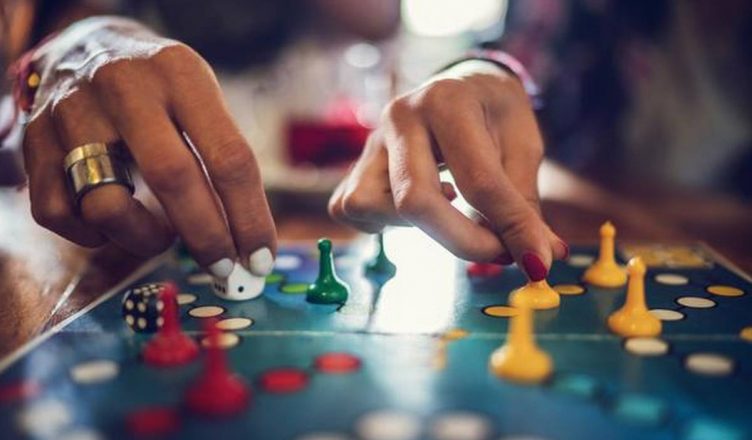 For those in love with the automobile and speed-based adventure games, Grand Theft Auto is a name that cannot be ignored. It is a great adventure-packed game that boils the blood and keeps you thrilled from the time you open the game till it actually ends. At times you don’t even feel like closing the game especially when you are right in the middle of extremely impressive moments. The thrilling gameplay is here once again with an amazing gaming world, impressive storyline, and strong characterization. Play as if you are  Franklin, Trevor, and Michael, and let your dreams come to life while rushing around in San Andreas.

Grand Theft Auto V is a worthwhile action-adventure game. It includes the experience of a driver roaming around like a free soul. In the course of events, the player has to complete the missions that work like the unlocking feature of several other game mechanics. It is in the hands of the player to decide that what is he looking for. He can stand out as a rich member of the community or he can just lose the reputation by being part of the bottom with the gangs and organized crime.

The story spreads in the beautiful yet challenging zone of Los Santos. The task is to get authority over Michael de Santa, Franklin Clinton, and Trevor Philips. The player can choose any of the three and has to change the places while playing the game. Most of the plot is regarding the different illegal activities that are related to the three core characters. They have lost the controls and now they are trying to gain control back especially when the city is dominated by the corrupt culture and the gangsters.

GTA V is characterized by the gameplay elements that were also there in the past versions. The most popular among these include car stealing and carrying several weapons. The game is played from both third and first-person perspectives. In the latter perspective, the player can choose to play as one of the three main characters and also enjoys the option of switching between the characters whenever he likes. Switching the characters can only happen if the mission is not going on. You need to enjoy full potential of the game by unlocking GTA V. For unlocking the use GTA 5 cd key.

After entering the game zone you get the chance to complete the necessary missions by assuming the role of one of the key characters. As you start roaming around the town there will be secondary missions coming along that will let you enjoy bounties and part-time jobs. Both of these latter experiences will help you earn money for further spendings. Going around Los Santos and the surrounding rural Blaine County is the main part of the gameplay. The time spent completing the story mission can be from some hours to a whole day depending on how well you are coping with the story missions.

You have to use melee, guns, or explosives to fight your enemies. You can use your hard-earned money through various missions to become more powerful by acquiring better weaponry. The auto-aim option helps you fight your enemies and shield yourself from possible enemy attacks. The simplest of the shielding modes is to hide behind any space.

After you become a culprit by committing a crime the stars showing the wanted meter keeps going up on the screen. As the bounty against you increases the more advanced law enforcing agencies will start following you like the SWAT forces. These forces start following after the wanted reaches 5 stars. Make sure whatever you do you do it carefully. Once the forces are after you find a safe hideout, or leave the area at least time. If you die while the mission is still incomplete there is nothing to worry about. The medical assistance will reach you in time and save you.

After you step into the gameplay there is nothing to worry about roaming around. You can enjoy several activities during the game. There is more adventure awaiting things like base jumping or scuba diving. It is hard to think of surviving without smartphones. The game has the choice to use smartphones to stay connected. Thus, you can communicate with your friends, surf through the internet, or even stay informed by the stock markets. You can also use your favorite music or get a car of your choice.

The game zone of San Andreas is the area inspired by real-life Southern California. It includes Los Santos and rural Blaine County. This is the place where all your activities take place include crime and learning. While playing the game as you earn you can use these to customize clothes, haircuts, tattoos, and accessories. The funds can also be used to get cars, upgrades, weapons, visiting clubs, and real estate. As a result, you can become the ultimate owner of houses, garages, or businesses.

You can create the characters of your choice while enjoying GTA Online. The characters can be customized using the character creation menu. It is possible to play with up to 30 servers through different servers. Being online while playing permits enjoying the game as a single-player and also earns benefits as a part of the team. There are several advanced tools available to customize the characters and also create quests of your own.

Grand Theft Auto 5 is a globally acclaimed game. It is highly reviewed and known for being the most played and highly reviewed game in years. The players love the extensive game world, interesting characters, exciting atmosphere, and details close to the real world. The three main characters are interwoven so well that the entire plot stands out.