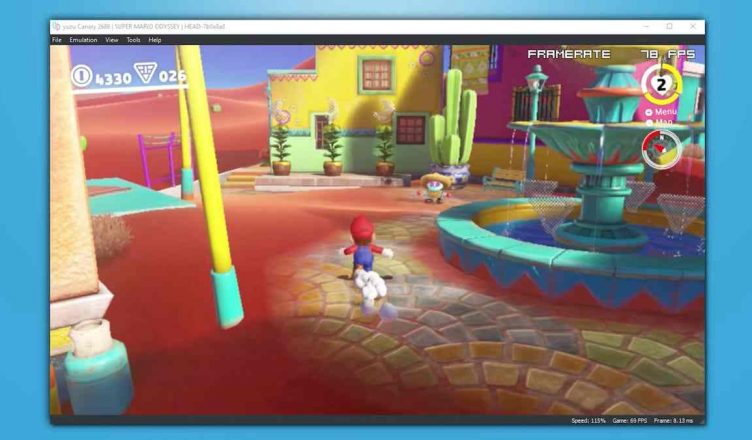 In terms of portable platforms, Nintendo Switch is unquestionably the finest of the bunch. A portable gadget, it competes with Playstation and Xbox when it comes to sales. Taxes, import fees, and availability make it difficult for certain people to purchase a Switch console in some regions of the world. The Nintendo Switch emulators come in handy in situations like this. With these emulators, you may play Nintendo Switch games on your PC or Android device, regardless of the platform. There’s little doubt that playing with a keyboard and mouse is preferable to dealing with Switch joy-con drift. How can you determine which emulator is the finest when there are so many on the internet? We’ve got you covered. Right present, there are several great emulators for the Nintendo Switch.

It was released at a period when mobile gaming was taking off. There weren’t many outstanding games on the Wii U, and the smartphone gaming market was directly competing with it.

The console gaming titan hoped to re-establish itself in the portable market by bouncing back. The Nintendo Switch has the ideal combination of specifications to bring back players who had drifted away from the console.

Read More: How To Run Windows XP Emulator For Windows 10

Yuzu is by far the most popular Nintendo Switch emulator for Windows PC users. If you have this device, you’ll be able to play nearly any Switch game with a good frame rate. Developers of Citra, a popular Nintendo 3DS emulator, have created Yuzu. A compatibility list is also provided so you can check your favourite games’ compatibility. To begin with, you may find it difficult to operate, but you will get the feel of it after viewing a few tutorials such as this one.

On Windows and Linux, Yuzu is the most stable emulator. Its popularity has even led to additional emulators on this list using it as a basis. You can even play games at 4K resolution with a decent PC setup. Even AMD and Nvidia graphics cards are supported by it. But the most important thing is that it supports a wide range of high-quality Nintendo AAA titles. Because of that, you can play games like Super Mario Odyssey and Legend of Zelda: BOTW.

Known for its ease of use, Ryujinx is another well-known Switch emulator. Microsoft Windows, Mac OS X and Linux are all supported by the programme. On a performance basis, Ryujinx is the second-best choice, just after Yuzu. Although it can run major Nintendo Switch games at 60 FPS with the right hardware, it is not recommended.
A basic and easy-to-use interface is perhaps the greatest option for novices. There are more than 1000 games accessible, however barely half of them can be played correctly due to technical difficulties. There are no other options for Mac users right now.

This emulator can run both Gamecube and Wii U games as well as Nintendo Switch titles, however, it’s not really a Switch emulator. That’s because it was one of the first emulators to run Switch games reliably. A lot of new features and performance enhancements are added by the emulator’s designers on a regular basis.
Even the launch options provide you with the ability to modify these games, which may make the experience even more enjoyable. Most games can be played in 1080p/60fps. Advanced features include graphic packs that allow you to play around with modifications, as well as settings for rendering and resolving quality as well as anti-aliasing, shading and other options.

On some high-end Android phones, you can also play Switch games using certain software. As with most mobile APKs, they’re a little dodgy, so proceed with caution.

This shady little emulator appeared last year and appeared to be able to run several Nintendo Switch games, according to its creators. The Legend of Zelda: Link’s Awakening, Pokémon Let’s Go, and Pokémon Sword/Shield are a few famous games. The mobile emulator, on the other hand, is unable to run these games correctly. Although it supports 81 titles, 73 of them crash when playing.
Unfortunately, it violates the MIT open-software licence and utilises code directly from the Yuzu emulator, which isn’t good for business. So, if you want to know the emulator’s name, you can check out the video above for additional information on that. To play video games on this app, you’ll also need a Nintendo-style controller.

Skyline is an open-source Nintendo Switch emulator that is still under development. Because it was created particularly for Android, it was constructed from the ground up. Due to its infancy at the time of writing, not much is known about this emulation application. Please keep this in mind as we move forward. GitHub allows you to download the software immediately and give it a try. You may, however, just suffer game crashes as a result of this.