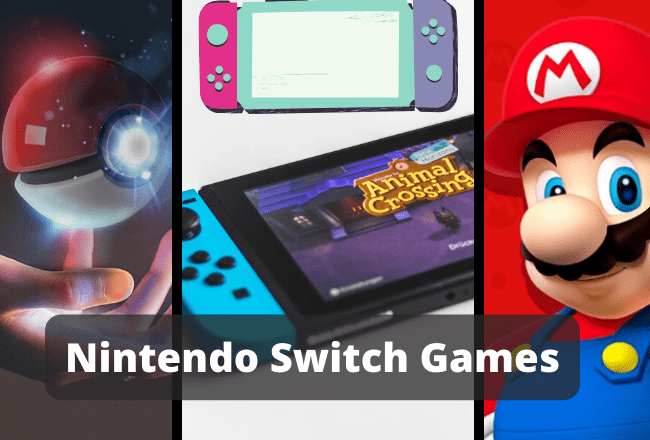 Who loves Nintendo switch games? Well, everyone does. If you are a new gamer or are looking for new games to get more exposure; this article might be the perfect thing for you to read.

Nintendo is one of the best digital game producers in recorded history – introducing world-famous games like Mario Bros and Pokemon, etc.

How to choose the best Nintendo game?

Well, we have compiled a list of top 10 recently released games of Nintendo Switch – all the games are worth playing once.

Well, modern games bash the standard set by ancient games – and Ring-Fit adventure is a huge example of such games. With a whopping 4.8/5 ratings at BestBuy, GameStop, and Target; this game has set the bars high for its competitors. This game was introduced by Nintendo in the year 2019.

What is Ring Fit Adventure?

Ring Fit Adventure makes losing weight fun and easy process. How? Well, this is a virtual exercising game. If you are looking for some fun ways to shed some lbs/kilos – it is worth trying.

Certainly, it is time for some fun and lazy games – Animal Crossing: New Horizons is one extremely amazing game that will make you go gaga over it. It is recently introduced by Nintendo in 2020. Yes! It has also got 4.8/5 ratings on GameStop. 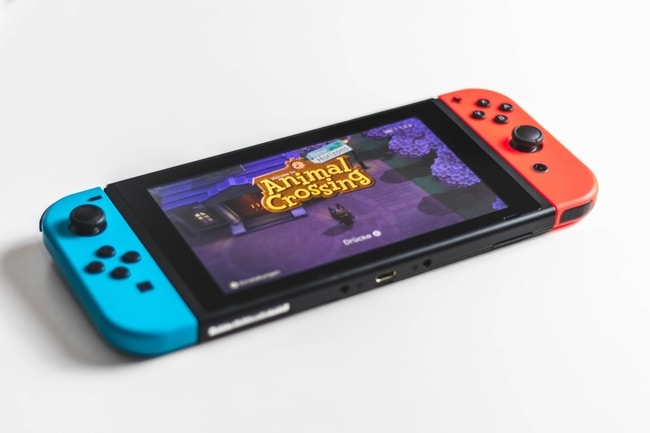 What is Animal Crossing: New Horizons about?

If you love adventure games but also don’t want to move around and shed kilos – this game is pretty suitable for you. This is your time in the forest and you will get to find ways of survival by finding your food and shelter.

Every Pokemon fan knows how much of a struggle it is to get over anything related to Pokemon. Well, this game was also introduced in the year 2019. 83% of Google users have liked the game.

Is Pokemon Sword and Shield worth trying?

Well, yes! Only if you are already a fan of the Pokemon franchise and are aware of the background story. So yeah! It is worth the hype and some small problems.

All hail to the god of fun games – none other than Super Smash Bros. Ultimate; this game has got 4.5/5 and 4.8/5 at GameStop and Target respectively. It is a relatively old game on the list as it was released in 2018.

Why is Super Smash Bros. Ultimate one of the best games?

The game has a huge amount of content in it – with over 100 stages and more than 70 warriors, it stands the best game for kids of every age.

Another Mario game!? Yeah! We can’t get enough of the Mario franchise. It is one of the most brought games of 2019 and has successfully achieved a rating of 4.7/5, 4.8/5, and 4/5 at GameStop, Walmart, and Target respectively.

What makes Super Mario Maker 2 one of the best games of the year?

The levels of Super Mario Maker 2 makes it one hell of a gem for the gaming world. Thus, one must buy the game to get the experience of this game but be careful because it is an extremely addictive one.

Everyone has heard the name of this game once a lifetime. Minecraft Dungeons is a game that has been liked by 96% of Google users. This game was introduced to us in 2020 and yet it has successfully made its place in the heart of gamers.

Why is Minecraft Dungeons one of the best Nintendo games?

Well, when the graphics and features of a game are lit – they are liked and praised. Therefore, this game with its advancement in armors and mines has got what it has always gotten – love.

This is relatively a new name in the world of Nintendo games and this list as well – but it has got some serious features. With 9/10 on Steam and 8/10 on IGN.com – this game has won its place in the best games of 2020.

Why is One Piece: Pirate Warriors 4 worth a try?

This thriller genre game has many additional features in this edition such as combating powers. The characters of this game are also very cool.

FIFA 20 is hands down the best sports game that has ever been made. Everyone who loves football is aware of how big things FIFA 20 is. Although, it would be surprising that FIFA 20 has managed to get 7th ranking in my gaming list – I have my reasons. One of them is it is just recently introduced in 2020 and the second one is that it is liked by 81% of Google users only.

Then why should I buy FIFA 20?

The FIFA 20 has a new addition in their game i.e. its ultimate team. If anyone here is a die-hard fan of FIFA world cups then yes, they are worth buying once.

This is an action game with an interesting plot – also it has proved itself a worthy one. The game was initially introduced in 2019 for Windows and Nintendo officially released it in 2020. It has managed to gain 8.5/10 rating on IGN.com which is a milestone.

Are The Outer Worlds worthy of playing?

The RPG experience makes it a game that is worth playing once in a lifetime. Gamers have very good things to say on their official site.

As the name suggests, it is a fighting game. It was released in 2019 and still managed to get 7/10 on Steam. The Mortal Kombat series always have something to offer to its players and this time it has also left a huge space to be filled by the next version.

Mortal Kombat 11 is an interesting game because of its plot and characters. The graphics and music are also on fleek and it is ideal for those who like fast-paced games.