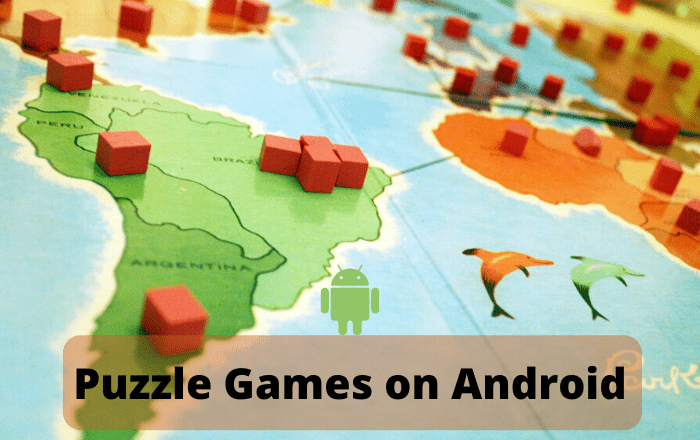 With hundreds of games releasing every month, the art of developing games is becoming a child’s play, irrespective of the platform. There is a specific section of the gaming community that gets their dopamine levels high when they come across a game that challenges the power of their brain.

These games require the player to focus on the given stage and find out a solution to get to the next stage. This urge to complete the degree motivates such game freaks to keep on playing, thus addicting them to the notion of games. In Layman’s terms, these games can fall under the reference of puzzle games. As human always want the best thing even to pass our time we can try this Word Unscrambling tool, it will surely help you pass your time apart from the puzzle games.

Puzzle games can be of a wide range of categories, for example, finding hidden objects in a picture, a jigsaw puzzle, some word search, etc. These games are engaging, in a way that for some moments, we forget our current life situations. Taking one’s mind off some life problems, making them smile for a few minutes, or hours maybe, if they get too fixated, is the purpose of these games.

Here is a list of 6 best puzzle games on Android.

God of Light is a physics-based puzzle game, which deals with controlling a light beam from source, using mirrors, prisms, and other instruments to strike the “source of life”. This game by Playmous has decent graphics with refreshing sound experience. Being a game of light, the lighting effects of the game are above par. As the player advances through the game, the stages become challenging, with the addition of numerous movable light bending, splitting, or reflecting instruments.

The side mission is to collect stars and fireflies along the light beam. There is more to explore in this game if the player gets hooked to the concept of the game. The soundtrack by UNKLE makes the game more immersive. Overall the game has a relaxing outlook. At the same time, it is challenging too.

A game by Martin Magni, Mekorama, revolves around a robot, in its attempt to overcome the hurdles of its robot life. Mekorama has a straight-forward game design, with challenging puzzles, involving rogue bots, moving tiles, pits, and many more. The game has a level builder section, where someone can create their levels and export them to their friends.

To reach the destination, the player taps the screen, which moves the robot around the layout of the game. Like any puzzle game, the initial levels are a piece of cake, but as the player progresses, the levels become gritty and challenging.

Mekorama has a very clean aesthetic. It is neither over-crowded nor too colorful. Having the right amount of depth makes this game a calming experience for any person that comes across this free puzzle game.

An everyday relaxing game by Infinity Games, Infinity Loop is an easy-to-understand puzzle game. The objective of each stage is to connect multiple disintegrated parts by tapping on them to rotate, in an attempt to create a complex loop. As the stages become complicated, the player would not be able to visualize the complex circuit beforehand, which makes the game more addictive.

In addition to this, the game provides “Dark Mode” and “Playground” where the objective of the game changes, but game objects and physics remain the same. With infinite levels and no hurry to finish any degree, the player can relieve their daily life stress.

As the name suggests, That Level Again, by IamTagir, has visually the same level, but each level has a different way to complete it. The protagonist is in a room with platforms, spikes, and a door. The objective of the player is to get out through the door, only to find that they are in the same room. Each level has a title, which is a hint to how to overcome that level.

That Level Again is now a series with three more sequels, which are equally challenging and addictive. The originality and the cleverness required to beat the game are what make it one of a kind.

Brain dots is a creation by Translimit that has a simple goal of colliding two dots. The way to achieve the objective is by drawing lines or shapes from one’s imagination that will make them meet when the real game physics kicks in. The fun part is that there can be multiple ways to achieve the goal. It provides the feature to obtain a variety of pens and pencil, which can switch anytime.

The game has a simple, straight-forward concept that tests logical thinking and the ability to predict the movement of dots. There is no limit to the number of attempts for any given level. Moreover, it saves the player’s successful artwork for any level, which can be seen from the menu.

Developed by Fireproof Games, The Room has an exciting story-line that engrosses the player. With hundreds of “escape room” games in the market, The Room is undoubtedly the best of all. The game has clean 3D graphics, mesmerizing background sounds along with challenging puzzles, which rounds up the game as a masterpiece. Numerous pages tell the story of the diary that can be found in each level of the mystery.

The puzzles include ancient boxes with unusual mechanical operations, along with other advanced gadgets. The release of three more sequels reflects the importance of the game. The background sounds like metallic gear whirring, and creaking wood amplifies the game’s aesthetics. The overall feel of the game, coupled with complex obstacles, makes the game a real gem.