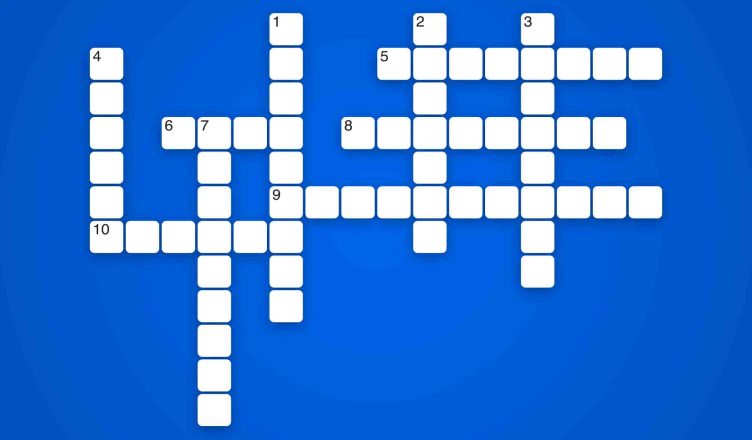 Word puzzles have been around for a long time, and they are not going away anytime soon. What exactly is it that has folks so enthralled? What is it about them that we adore?

For starters, word puzzles are a terrific way to teach while also engaging younger audiences, which is very important. In order to keep your mind sharp as you grow older, word puzzles have been shown to have numerous benefits for cognitive health. They stimulate the development of abilities that are beneficial to learn when you are young and beneficial to practice as you get older.

It’s not necessary to have always enjoyed crosswords and word searches to enjoy other types of word puzzles. If you like the concept but have never gotten into those particular games, there are many other possibilities to broaden your word puzzle horizons! In this article, we’ll walk you through the different sorts of word puzzles that you may find online.

Check out the rest of this article if you want to find out what additional alternatives are available to all of you cunning wordsmiths – or, for that matter, anyone who wants to become a more cunning wordsmith. These activities will help you to develop your wit and broaden your lexicon. Let’s get started!

A puzzle is a game that is simple to play and has the dual objective of entertaining and teaching the participants at the same time. There are many distinct forms of puzzles; some are number-based, while others are word-based and include a variety of different types of word puzzles.

Word puzzles are one of the numerous forms of puzzles that are enjoyed by many people; they include many types of word games that are both amusing and brain-teasers, while also testing your ability to communicate in a foreign language at the same time.

In the same way that different forms of word games have varied designs, goals, and rules, different sorts of puzzles operate under a different set of rules. As a result, it is critical to be familiar with the rules that apply to each.

Playing word puzzles is enjoyable for everyone, young and old alike; among the many benefits of playing word, puzzles is that it helps to enhance your cognitive skills and expand your vocabulary. When it comes to word puzzles, crosswords and scrabble are among the most popular, but this guide will introduce you to a variety of other sorts of word and logic puzzles that you may like as well.

You Will Learn The Following Things Through This Guide:

When it comes to word puzzles, there are various distinct types of puzzles that include different types of word games. These games are beneficial for growing youngsters since they provide a solid basis for developing outstanding language skills.

There Are Several Different Kinds Of word puzzles.

Crossword Puzzles Are A Type Of Puzzle.

Crosswords are the most popular of the many different varieties of word puzzles; in fact, if someone mentions the phrase “word puzzles,” crosswords are frequently the first thing that comes to mind when the subject is brought up. As a result, we shall begin here.

Players are encouraged to use their imagination when solving puzzle-style crosswords, and it is possible to take a person to an entirely different universe. Playing crossword puzzle games Crossword puzzle games are worldwide and may be enjoyed by anybody. Their use is a good method of relieving stress, improving mood, and generally improving one’s mental health. A specific age range is not specified for this game.

Anyone and everyone can participate at any time and from any location that is convenient for them. Crossword puzzles are typically presented in the form of a grid that is divided into squares and blanks. The goal of the game is for the player to fill the horizontal and vertical rows and columns with words generated from the page’s side clues as quickly as possible.

Some of these indications could be phrases that define or state the applications of the specific terms you are attempting to guess. Crossword puzzles are available in a variety of variations, but no matter which variation is being played, you can be sure that it will challenge your cognitive abilities and that you will have a good time while doing so.

Crossword puzzles come in a variety of shapes and sizes, including the American-style grid, which has more than one-sixth of the squares completely blacked out. A lattice-shaped grid and certain darkish areas characterize British Crossword problems, in contrast to American Crossword puzzles.

Crossword Puzzles Come In A Variety Of Forms

Puzzles With A Cryptic Solution

Cryptic crossword puzzles are the sort of crossword puzzle that may be found in the Sunday newspaper edition; they are more complex than other forms of crossword puzzles since the clues are word puzzles rather than the typical definitions and descriptions, making them more difficult to complete. If you are the type that enjoys a good challenge, cryptic riddles will be just up your alley.

Cryptic crossword puzzles provide a straight path to the correct answer, which is always certain to be found. Players are tasked with the difficult challenge of determining the correct readings and then appropriately putting the words on the board.

This style of word puzzle crossword is most commonly found in escape rooms and puzzle hunts, among other places. Because it originated in the United Kingdom, the game is more popular there than elsewhere. The game, on the other hand, is also highly popular in the United States.

It is referred to as “British-style” crosswords in the United Kingdom. Regular gameplay helps to develop skills like as deduction, word generation, word sorting, and a variety of other abilities. Years of expertise and in-depth knowledge of the target audience are put to use by experts to build games that are appropriate for the genre and offer a range of difficulty levels, ranging from the easiest to the most challenging.

Cryptic crosswords are popular because of their complexity, which makes them enjoyable for everyone. The clues are typically written in the style of scrambled poetry since they do not immediately imply the written words; however, there is always a hidden message, and it is up to the players to figure out the correct responses to the clues in order to solve the puzzles.

There are three types of cryptic puzzles that we can categorize further:

Grids That Are Obstructed

When one hears the word “crossword,” the first thing that comes to mind is a puzzle with a grid of blocks on it. When you have a blocked grid, it’s a grid of squares in which random squares represent the spaces between words and the end of words.

The design for blocked grids is 15 squares by 15 squares, which is the most basic configuration. However, this does not have to be the case all of the time. It is important to note that a 1515 blocked grid puzzle has around 30-32 words.

The grid of squares, which is made up of random squares from the block, must be accurately filled in using the hints provided.

Barred grids are a form of word puzzle crossword that is distinct from blocked grids in that they do not contain any words. In blocked grids, bars are used to indicate the end of words and divisions, rather than blocks as the name suggests. Furthermore, the vocabulary employed here is esoteric and frequently cited as a source of information.

As a result, although though the problem looks to be small, it contains a greater number of words. Each puzzle contains approximately 32-36 words.

These crosswords are puzzle-type crosswords with barred grids and a variety of layouts; however, they could also come in other shapes and sizes, such as a double L shape, instead of the traditional squares and rectangles.

In accordance with their name, Thematics are usually based on a certain theme. Understanding the diversity of the world is best accomplished by solving thematic puzzles on your own time.

How To Solve Cryptic Problems In A Straightforward Manner

When you comprehend how important deduction is, you can move on to word creation and the sorting operation. You must learn to grasp the deduction process from the very beginning.

As a result of this procedure, the words must match the deduction clues and have the same length as the spaces provided in the answer. Before you begin, be certain that you understand the theme, since this will provide you with an advantage when solving the puzzle.

Mechanical puzzles are the earliest type of puzzle, dating back to ancient Greece. This puzzle game consists of a square that is divided into 14 pieces, with each component representing a different colour. These puzzles are solved through trial and error, and the goal was to construct diverse shapes out of 14 pieces, which is not an easy feat to accomplish.