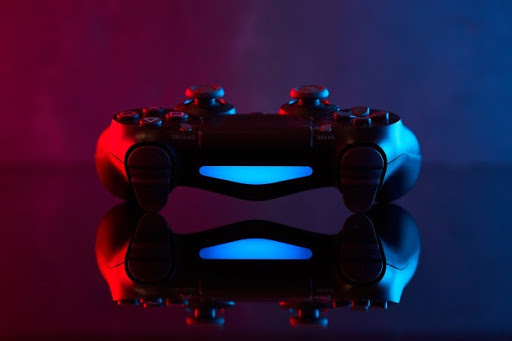 What does AAA stand for in games? In the gaming world, the term AAA plays a special role. Under this mysterious and strict fence of letters, we can see high-budget video games released by famous publishers. But is that all we need to know about it? Are triple-A game developers any different from indie developers? At FarhanTech we have shared the detailed analysis. Let’s figure it out.

What is AAA and Why Is It Named That Way?

First of all, it is necessary to dispel common doubts and say that this is not an abbreviation. People often call it Absolutely Astounding Amounts, or the three “a lot of”: money, resources, time. But this is purely custom decryption. Although it correctly defines the essence of the term.

Answering the question “what is an AAA game”, we must immediately say that it’s all about money. The term does not say anything about the product: neither about its genre nor about its features. Nothing, except that a fabulous amount of money was spent on its development.

This is not an official term. Compared to the world of cinema, it is rather a blockbuster of the gaming industry, from which big profits are expected.

Not every publisher can afford to develop an AAA game. We can name such companies as EA, Ubisoft, Rockstar, Sony – they have enough resources and developers to take the risk. Yes, a game of this class is a pretty big risk, even if the publisher does not make it from scratch, but offers a sequel or a remake. Too many resources, time, and effort may not pay off if players don’t find the game worth playing. And since a huge number of games are being released almost every day, this is not an easy task.

For every game, a harmonious combination of gameplay, graphics, and storyline is important. But for AAA games this is doubly important because the stakes are very high. A high-budget game should be guessed right away: it’s almost always cutting-edge graphics, custom engines, an open world, and memorable characters. Players have very high demands on well-known publishers. After the success of GTA V and Red Dead Redemption 2, Rockstar Games cannot afford a single wrong step, players will be merciless to any mistake or repetition.

High risks often push large companies down the simplest path. For example, follow the tastes of a wider audience, try to do something similar to an already released successful bestseller, or introduce different monetization schemes. These are rather controversial steps that are more likely to create difficulties than lead to success.

Players often note that AAA games are not about innovations. The cost of failure is too high, so publishers prefer to use mechanisms that have already proven their effectiveness. It is difficult to say for certain if this will work the next time since every game is multi-component and any aspect of it can be the reason for the success or failure. But the same techniques, in any case, become boring over time, so publishers need to look for new ways of development.

Higher and Higher: Triple-A Plus Games

It would seem that AAA is already the ceiling. However, the new term proved the inconsistency of this statement. AAA + games are titles that not only require a lot of money to develop but are also sold at extremely high prices and are often enriched with advanced monetization mechanisms. These can be microtransactions, downloadable content and season pass.

An example of such games is Call of Duty, which periodically offers to buy access to new campaigns that appear throughout the year. And in FIFA, there is a microtransaction system that offers to open access to new versions of football players to create teams.

We have already mentioned some aspects by which an AAA title can be recognized. Let’s list them separately:

We are watching the development of a gaming market filled with options for players with a wide variety of preferences. It is difficult to make any predictions because there are both setbacks and breakthroughs. While some big companies are going through a small gaming crisis, releasing almost identical games one after another, many indie companies are creating really worthy entertainment products. And to speed up and streamline this process, they work with outsourcing companies that are great at helping them make the game special. If you are looking for a decent and experienced contractor who will not cost you a fortune, check out the Kevuru Games site : this team worked with many well-known publishers and always perfectly completed all assigned tasks from concept to animation.