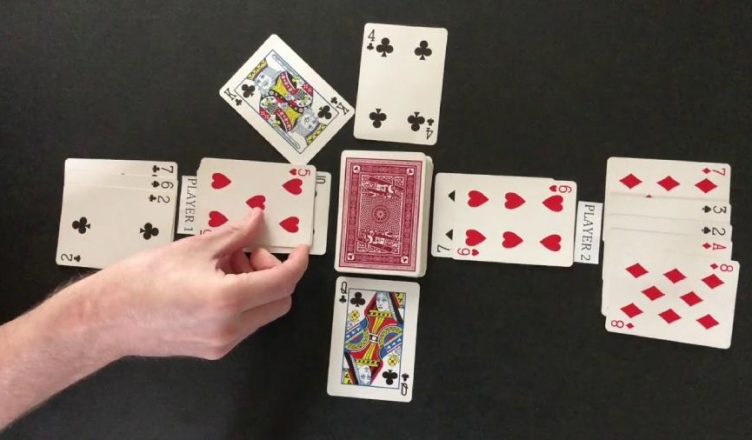 In the description of Eternal Card Game, it says, “Six-guns and sorcery collide in Eternal, the new strategy card game with endless options and incredible fun.” To the infinite possibilities of a deep strategy card game, Eternal brings AAA speed and polish to the mix. It is only your own imagination that has limits.’ Eternal Card Game is one of more than a dozen games that are similar to it, and they are available for a variety of platforms such as Windows PCs, Macs, Android devices, iPhones, and Linux. Hearthstone, which is completely free, is the most suitable alternative. In addition to Magic: The Gathering (paid), Faeria (paid), Terapet Wars (free), and Wagic, there are other card games that are similar to Eternal Card Game (Free, Open Source).

Though significantly different from Bridge, blackjack is an exciting game in its own right. As is customary in the gaming industry, you compete for head to head against a dealer with the sole goal of defeating him or her.

How do you go about it? You are dealt two cards at the beginning of the game, the same number as the dealer is dealt. You can, however, see the values of the dealer’s cards as well. What you do next is intended to assist you in achieving a value that is as close to or as equal to 21 as possible.

Consider the following scenario: you are dealt an ace (11) and a 6-value card. You have a total of seventeen points to your credit! You have the option of hitting and receiving an additional card or standing. If you choose to remain in the game and the dealer ends up with a better hand, you will lose.

Sure, you probably spent a lot of time playing Go Fish as a kid. However, for a game that takes less than twenty minutes to complete, it is well worth your time, regardless of your age. Furthermore, it is a fantastic game for spending quality time with family and friends.

The game’s rules are straightforward. Each player receives a minimum of five playing cards. The players then inquire of one another as to whether or not they have a specific type of card.

For example, the first player on the left might inquire of his friend Joe about whether or not he has any queens. Joe will distribute Queens if he has any on hand. If he does not, he will respond with the phrase “Go Fish.” The questioner then chooses a card from a pile of cards. If it turns out to be the same cards he had inquired about with Joe, he gets to play twice. The goal of “GO FISH” is to produce the greatest number of four-of-a-kind cards possible.

Faeria is a standard collectible card game with one notable exception: you are required to construct the board yourself. As a result, Faeria is one of the best card games available, and it plays very differently from most other card games – it plays more like a strategy game. That means there are no straightforward plays or obvious moves, ensuring that there is never a dull moment for those with a tactical mindset.

You begin a game by facing your adversary across a sea of empty tiles that are just waiting to be filled with structures. The ability to build two standard tiles or one special tile per turn allows you to either go straight for your opponent or seek out the Faeria wells scattered around the map – these are the game’s magical resource, and controlling them is essential if you want to play cards with a high price tag. As a result, you can either try to starve your opponent of resources or deal direct damage to secure an early victory.

Do you want to try something new? Here are the top new PC games to check out.

Aside from that, Faeria has one of the most versatile deck-building mechanics in the genre, which is especially useful for people who are new to card games. A codex is a collection of three cards that all synergize with one another. Instead of the player trying to make changes to a starter deck blindly, Faeria encourages players to build their own decks from the ground up by selecting codexes. The only thing you have to do is keep picking codexes until you have a complete deck, and because many of them will share the same terrain type or card effect, there will always be plenty of power available to you.

In Hearthstone, one of the best card games available, an assault is launched on a thriving battlefield.

The game Apples to Apples served as the inspiration for CAH, so it is only fair that it be included on this list. Apples to Apples is a word association game in which players try to match nouns (celebrities, politicians, ideas, and feelings) with adjectives. Although the game’s nouns and adjectives sound like a snoozefest, this game has become a modern classic for a reason: it is challenging.

Apples to Apples is a great game for groups of four to ten players, ages twelve and up. It’s spotless, but that cleanliness doesn’t always correspond to the game’s intended audience – we’ve played more than a few adults-only games that turned out to be hilariously dark.

A philosophical examination of the meaning of life is brought to you by Cyanide and Happiness, the same people who brought you, Joking Hazard.

The plot of Trial by Trolley revolves around a classic philosophical quandary: a trolley is hurtling down the tracks with its brakes completely destroyed. As it approaches a fork in the tracks, you have the option of deciding who it hits: one group of people sitting on one branch of the tracks, or another group of people sitting on the other branch, depending on your preference. Your personal morals guide your decision on who lives and who dies in the game.

Hence, it is easy to see how this would make an excellent setting for a Cyanide and Happiness game.

The goal of each round is for opposing teams to persuade the judge that their side is the most sympathetic – and thus saveable – while simultaneously sabotaging the other team’s efforts. There is enlightenment everywhere.

Read More: How Do I Register On MyHughesNet.com

James Bond’s favorite card game also happens to be a favorite of some of England’s most famous kings, who have played it on several occasions.

Edward VII, who played both as a prince and as a king, is remembered by many for his impatience, his fondness for flouting the law, and the infamous Royal Baccarat Scandal, which occurred during his reign as king. Edward was not always associated with honorable gentlemen, to put it mildly. Accordingly, during a house party hosted by the Prince and his friends in the late 1890s, one of the prince’s closest friends was caught trying to cheat.

He was apprehended and expelled from society for the rest of his life. Edward went on to become King of England, despite the fact that he kept his gambling habits a secret.

Once again, we return to baccarat, a fast-paced casino game that utilizes many of the same cards that are used in Bridge. These cards, on the other hand, have no value (the numbers 10, J, Q, and K). The value of an ace is one, while the values of the numbers 2-9 are their face values. The objective of baccarat is to produce cards with a total value that is as close to nine as possible.