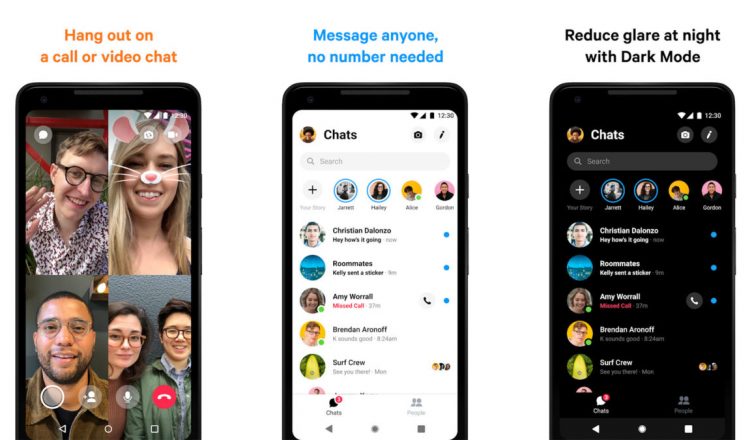 Are you trying to find the best messaging app right now? Then you should have a Google Hangouts app; it is a very user-friendly messaging app that you can easily download using the Apple Store or Play Store. To explain more about Google Hangouts, here a little background about the company.

The best feature of Google Hangouts is that you can do a lot of one-on-one or group video calls, which most people are using for work purposes. You can also do a video call for up to 10 people, which is very handy, especially if you want to have a short meeting with your co-workers. You can check the app itself to experience more of its excellent features.

WhatsApp Messenger is also a messaging software where you can message, call, send images, and video calls to other people. WhatsApp is made and owned by Facebook, Inc., and became one of the most popular message apps in the market right now. It is a convenient app that everyone, even a first-timer, can quickly use it.

In other countries like India, WhatsApp added some payment features, which are actually very helpful; it is a messaging and bills and payment in just one app. How cool is that! Since India is a vast country, this addition to WhatsApp made a tremendous impact and made WhatsApp even more popular in the Indan market.

What’s excellent about WhatsApp is that it has an Instagram like features on its app. You can upload your video or picture stories and share them with your profile. So, f you are looking for a perfect app that you can use on the go, try checking WhatsApp.

Discord has a unique feature in which they allow their user to customize their profile or interface, add various off apps and channels, build a short-term profile, or accounts for people who have the chance to access a limited amount of channels in a short period. Because of this approach, they made group messaging less chaotic.

In Discord, you can also join groups that share the same hobbies and interests, which is an exciting feature for a messaging app. If you’re a gamer, Discord not only shows you who is online within your friends, but it will also permit you to see if they are playing. There are still more features Discord can provide just to their app.

There are many things to dislike and like about Telegram, which most people right now might already know where this app can be used. Just a little background story about Telegram, it is an instant messaging app cloud-based videotelephony.

Telegram, is just like other messaging apps that you usually see, can be downloaded in the Play Store and Apple Store. It can run on any systems like iOS, Android, Windows, and Linux. It is one of the very flexible messaging apps in the market right now.

Things that you might like in Telegram are its user-friendly interface, the security of knowing that all of your meaningful conversations are sent without any leak to outsiders. Although Telegram still needs a minor improvement in its features, compared to other famous messaging apps out there, Telegram is a little outdated.

If you want a simple and straightforward messaging app that you can use on the go to call, text, or make video calls to your family, friends, and co-workers around the world, then Viber Messenger is perfect for you. Although this feature is already in other apps that you can find in both Apple Store and Play Store, Viber Messenger provides free audio and video calls.

Suppose you want to call somebody on the other part of the globe and don’t want to pay expensive charges. You should try Viber Messenger because of its cheap call international charges rather than the typical call charge you usually experience. Besides that, Viber Messenger also offers a lot of extra features that other apps couldn’t provide.

Roughly, most people worldwide are using Facebook as their primary social media app to connect, share, and gain news about what’s happening today. If there is Facebook, then you’ll automatically be using Messenger as your primary messaging app. That’s not bad, since Facebook Messenger has many helpful and exciting features.

Most people use Facebook Messenger because of its updated interface, and most of the time, it’s the first one to have the latest trend to message app features. When you try to log in to Facebook Messenger, you will immediately feel the comfort of using it since the app itself is easy to use, accompanied by excellent graphics.

Because of the internet, most people nowadays are using messaging apps instead of their classic text messaging app on their mobile phones, which you need to load first for it to work. Unlike these popular messaging apps, just download the app, and you’re good to go. It also provides helpful features for more fun and relaxed conversation.