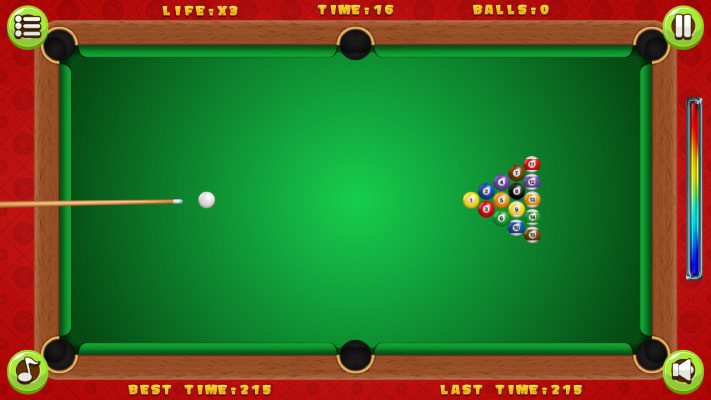 For those of you who are new to the world of billiards, you may be surprised to see how many different billiard games there are to choose from! However, while it is true that 8-Ball and 9-Ball are the most popular billiard games in the United States, there are other more billiard games that are equally entertaining.

Almost every pool table game is similar in the manner it is played, although the rules, ball count, and strategies used might differ significantly depending on the game being played. Take, for example, Bank Pool, where every pocketed shot must be the result of a bank shot in order to be considered. Learning how to play different pool table games is a great way to improve your game while also having a good time.

If you’re looking to change up your present billiard set-up, you’ve come to the right place. In this article, we’ll go over different billiard games that you should definitely try out for yourself. By the end of this article, you will have learned more about pool table games than all of your pool hall buddies put together!

Just like in the Snooker game, the billiard table in the One Pocket game also contains 6 pockets. But then, each player is allowed to use only one pocket at a time, hence the name of the game. Each player is required to play smart to earn points and defeat their opponents. And this includes ensuring they pocket a ball into one chosen pocket.

If a player ends up pocketing the object ball into their opponent’s chosen pocket, then their opponent earns a point and the turn comes to an end. This is regarded as a misdemeanor. Following that, the balls are rearranged, and a new turn is initiated.

When a player fouls, their opponent receives a point for their trouble. In contrast, if they commit three consecutive fouls, they are automatically eliminated from the game by their adversaries.

In the One Pocket game, on the other hand, there is no requirement for players to call out their shots. Furthermore, there is no predetermined manner to place the balls on the table. For the most part, the more randomly they are distributed, the better.

In the case of a player going first, he or she may choose to fire into the corner pocket of their choice. This is followed by the second player automatically using the last remaining corner pocket.

The setting of this game is more classic than modern. You will require a traditional billiards table with six pockets. Also, you will need one white cue ball and 22 colored standard balls to play.

The use of the cue ball is to be used as a striking ball for all the other colored balls, as a way of ensuring that pocketing is done in the correct order. Players earn points whenever they pocket a ball.

And each player is allowed to take as many continuous shots as possible, so long as they continue pocketing the balls.

But sometimes players end up hitting the wrong balls and that’s considered a foul. And in such a case, their opponent earns a point.

Carambola or Carrom is the name given to this particular billiards game in the United States. Furthermore, the tables that are typically used have no pockets. Some tables, on the other hand, are equipped with a heated slate that can also be used as a playing bed.

The goal of this game is for participants to demonstrate their abilities by successfully getting their cue balls above their opponent’s cue ball and directly into a designated object ball. The player must accomplish this in a single shot, and if they do so successfully, they will receive a point.

There are various varieties of the carom game, so participants can pick and choose which ones they want to play. Nonetheless, the most popular one is played on a straight rail, which means that players are not subjected to any excessive score constraints.

There’s also the Balkline, which is distinguished by a large number of stringent rules. Furthermore, in order to play it, participants must divide the table into numerous predetermined zones (balk spaces.)

An additional carom game variation is artistic billiards, which is more entertaining than the other varieties because of its artistic nature. In this game, players must execute a total of 76 distinct shots, each with a varied difficulty level and point value.

Players get points based on the accuracy with which they strike their shots. The more precise one is, the more points they gain, and the converse is true.

On a pool table, the billiards game of 15-ball can be played in a number of distinct variations. The most basic method is to play it just like 9-ball, which is the most common.

The only difference is that you use all 15 balls in this game. You would otherwise adhere to the fundamental rules of 9-ball.

For example, you must strike the ball with the lowest number first. And the winner would be the guy who sank the 15-ball on a legitimate called shot.

15 Ball With Points Is A Game Of Chance.

Another entertaining approach to play this game is to use points to your advantage. This is the standard rotation format used in the United States. Rotation is a one-of-a-kind game in that it challenges you to strike the lowest-numbered ball on the table while also calculating your score based on how many points you get.

The balls numbered 1 through 10 are each worth one point. Balls 11-15 are worth a total of TWO points apiece. The usual set of balls (1-15) as well as the cue are used in this game.

Fifteen Ball Rotation is a game that can be played with two or more people. Prior to the commencement of the game, you should decide on the number of points that you will be competing for during the game.

Consider the following scenario: you determine that the first player to get 150 points wins.

The player who breaks receives the next shot ball in his or her possession. Then all you have to do is try to rack up as many points as possible. Once again, the lowest number must be pocketed first in order to proceed.

Furthermore, all shots must be called.

There are several specific rules and techniques that apply in a 15 ball rotation that is not seen in other games.

Example: If it appears that your opponent has left you with a shot that is hard to make after his miss, you can choose to have him take the following shot as well.