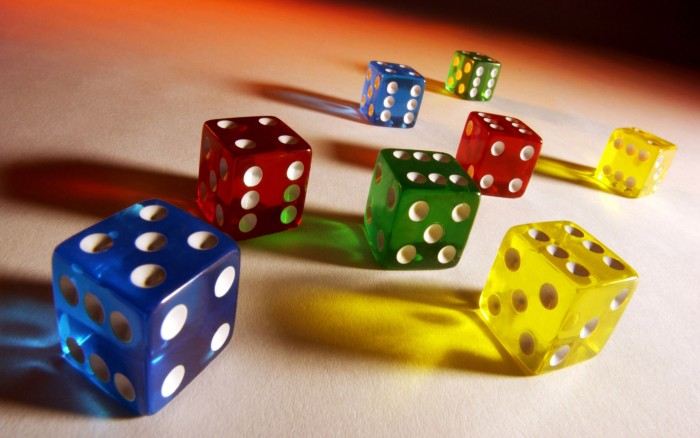 There are a plethora of excellent and entertaining dice games to play with your friends and family. With the latest technology such as video game consoles and cellphones capturing the attention of both children and adults, it’s easy to overlook basic things like dice games. The best dice games are not only easy to play, but also enjoyable. Dice games can be enjoyed by anyone, whether they are children or adults.

Furthermore, card and dice games rarely necessitate a large investment. If you don’t have a pair of dice in your drawers – which most households have – you should know that there are a variety of dice games available for both kids and adults. There are also a number of dice games that you can play for free. All you’ll need are a few odds and ends lying around the house.

Of course, there is a series of games available for people who are slightly more invested in fun dice games. Some are novelty games, while others are modernized adaptations of older dice games that were first introduced decades ago.

Why Not Have Some Fun With Some Dice Games This Year?

Because they are fun to play and encourage competition, collaboration, group bonding, and the development of cognitive skills, and you can play them almost anywhere you can find a flat surface, whether inside or outside.

Dice games have long been a popular pastime in many households, and it’s easy to see why. Although dice games may not appear to be very exciting to today’s youth, they are simple to learn and enjoy. When the kids are in lockdown or you just want to spend a rainy weekend at home, some fun dice games are a great way to pass the time.

For those who are unaware, you can adapt some of the best dice games available to create fun challenges for teenagers this summer. They claim that the slow pace of technological advancement is to blame for this lack of enthusiasm. Fun dice games, in fact, can provide tweens and adults with a lot of competition and serious gaming fun. It’s something that even small children can get behind!

So, without further ado, let’s take a look at some of the best dice games to play with your family and friends this year!

Looking For Some Fun Dice Games To Play With Your Friends? Check Out A Few Of These Classics.

With so much technology taking over the globe in the shape of video game consoles, tablets, and smartphones, going back to the fundamentals is sometimes the greatest way to enjoy a memorable night.

All you need is a set of dice to open up a whole new world of gaming possibilities when you’re surrounded by your pals in a local bar or getting folks together for a family game night.

Today, we’ll look at some of the best dice games you can play anywhere, including descriptions and instructions for each game. These games are simple to pick up, enjoyable to play, and, like any great game, difficult to master.

Read More: 5 Types Of Billiard Games You Should Know

Themed Dice Sets Will Liven Up Your Game Nights

Everyone has a favorite character or story, and now you can bring them to all of your game nights! These versatile dice sets will be ready to roll whenever you are, whether you’re ready to play a dice game from this list or add some flair to your board games! We offer premium and standard dice sets, each with its own set of icons and symbols, allowing fans to commemorate their favorite franchise.

Players score points in this team-based dice game by rolling a specific number on the dice depending on the round they’re on. At the end of the game, the person with the most points and Buncos wins! 4+ players are required (Game best played with some multiple of four players).

Three dice, one score sheet, and a pencil for each player

Set up your tables to accommodate four participants, then choose one to act as the Head Table. The numbers will be assigned to the other tables. Each table will be divided into two teams of two people who will sit across from one another. The goal of the game is to score more points than your opponent in order to win rounds.

To begin the game, each table’s initial player will strive to roll as many 1s as possible in order to score points for his or her team. If at least one 1 is rolled, the player can roll again to try to add to his or her point total. The dice will then be sent to the next player to the left if the player fails to roll another 1, at which case the dice will be passed to the next player to the left. This method will be repeated until no 1s are rolled. Remember to record your points on the scoresheet! This will come in handy when calculating how many points you and your teammate have earned.

Continue passing the dice around the table until one of the teams at the Head Table scores at least 21 points, at which point the round is over. Other tables are allowed to continue rolling until the Head Table has completed the round, even if this means scoring more than 21 points. Active players at other tables must finish their turns until the desired number is not rolled after the Head Table signals that the round is over. The side with the most points at the end of that round will record a “W” for victory on their scoreboard beneath Round 1. If there is a tie at the end of the round, each player gets one more turn to roll. After the roll, the team with the most points is declared the winner.

If you scored any Buncos during the round, be sure to keep track of them in the “Bunco” column of your scoresheet.

Players must exchange tables and partners at the end of each round. The winners of each table will advance to the following round, while the losing team will remain at their current table. As fresh players fill in the other two seats, these players will be compelled to switch teams by moving to an adjacent seat. Each player will have a new partner for the round as a result of this.

Continue in this manner until the end of Round 6. Following that, the players will compare their individual wins and Buncos. The game is won by the player who has the most of both!