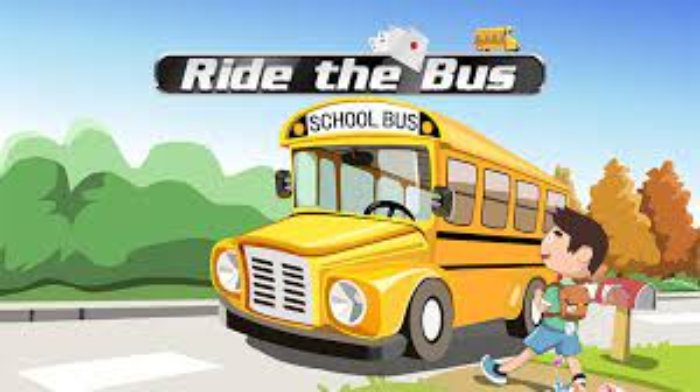 Are you tired of having to play King’s Cup with your buddies every time you get together for a social gathering? Fortunately, King’s Cup isn’t the only drinking game that can be played with a large group of people. Ride the Bus is a game that you can play.

Riding the Bus is a fun drinking game in which players must use a combination of luck and logic to avoid being the unlucky player who is forced to ‘ride the bus’ at the conclusion of the match.

While the rules may appear to be complicated on paper, once the game gets underway, they become quite simple to understand, and spectators may watch and learn as the game goes.

The only things you’ll need to play Ride the Bus are a driver (dealer), a rider (we’ll get to that later), a deck of cards, and plenty of alcoholic beverages. While only a minimum of two persons is required, the more the merrier, as the saying goes.

Are you prepared to take the bus? The rules of the drinking game are as follows.

How To Play The Game “Ride The Bus”

What is the best way to play Ride the Bus? It’s actually quite simple! Even complete beginners will be able to follow along and learn as they play. After a few rounds, they can develop into experts, which increases the level of competition in the game!

To begin a game of Ride the Bus, players must first determine who will serve as the dealer, who will be chosen at random. Assigning someone to the role of a dealer can be as simple as deciding who should be in charge. You should choose a dealer carefully to ensure that he or she is experienced with the game and is able to explain to the mechanics once the game begins.

In order to add a fun twist, you can choose who will be the dealer through a game of chance and booze, which is perfectly suited with the idea of Ride the Bus! Hold a mini-game in which participants each consume a glass of beer or their preferred alcoholic beverage at the same time. The dealer is the individual who finishes their drink last and has the most money!

During The First Round,

The dealer begins on his left by asking the first question to everyone in the room. “Would you like red or black?” The dealer then deals the first card to the first player in front of him or her. If the answer is accurate, the individual distributes a drink, and if the answer is erroneous, the player consumes a beverage. Play continues until everyone has received their first card, at which point the game ends.

Second Round Of The Competition

This time, the question is “Higher or Lower?” The second rotation introduces a new question: (A-High, 2 Low) A-High Players must predict whether the value of the next card they are dealt is more or lower than the value of the previous card they were dealt. If the answer is accurate, one drink is passed out; if the answer is erroneous, the player receives one drink. Identical cards result in an automatic punishment, and the player is required to consume alcohol.

Third Round Of The competition

The third turn asks the question, “Do you want to be in the middle or outside?” Players must predict whether the value of the next card is between the values of their first two cards or outside of that range. A drink is awarded to the player if they have a 5 and a King and say “inside,” which is followed by the numbers 6, 7, 8, 9, 10, J, and Q. A drink is served automatically if two identical cards are presented. Note: Players that have two identical first cards can claim outside and will automatically win until they are dealt a third similar card in the course of the game.

This Is The Last Round Of The Competition.

The last round requires participants to predict which suit they are holding (Spade, Club, Heart, or Diamond). Correct guesses will get the person five free drinks to share with their friends. The penalty for incorrect guesses is one drink per incorrect guess. Players have the option of splitting their five drinks or stacking them on one person. This brings the first phase of the game to a close. Players collect their four allocated cards, and the dealer constructs a FACE DOWN pyramid of cards, starting with five cards at the base and progressing to four, three, and two cards at the top. Each horizontal row has a different drink value ascribed to it. As an illustration, Bottom of the first row (5 cards) – 2 alcoholic beverages Second row (4 cards) – 4 alcoholic beverages Third row of the seating arrangement (3 cards) – 8 alcoholic beverages Fourth row (2 cards) – 16 alcoholic beverages ] a shot of ] booze on the fifth row (1 card). (This has been agreed upon by all players prior to the game starting) (Groups have the ability to set their own row values.) Each card in the bottom row is flipped one at a time, beginning at the bottom row. A matching card is placed on the pyramid by any player who has it in their hand. The player who placed the matching card on the pyramid distributes the number of drinks allotted to the row to anyone they choose. It is possible to place many cards on the table.

Example: If the first card in the bottom row is a King, and I have two Kings in my hand, I will be rewarded with four (2+2) beverages to give to my opponents. With each successive player striving to get rid of as many cards as they can, the game proceeds all of the ways up the tower. Alternatively, players might choose to hold on to their cards in the hopes of receiving a matching card further up on the pyramid. This, however, comes with its own set of risks, as the person who ends up with the most cards is penalized.

Ride The Bus Can Be Played In A Variety Of Ways.

Always exercise caution when dealing with alcoholic beverages. Even while the Ride the Bus game is widely known as a drinking game, you may modify the mechanics so that you can play it without consuming alcoholic beverages! Even if no one gets intoxicated, it’s still a fantastic party game to play!

Of course, playing Ride the Bus as a game while you and your buddies are riding the bus is a fantastic idea! When you’re riding the bus during your exciting vacation road trip, or when you’re having a nice night out, you can play it!