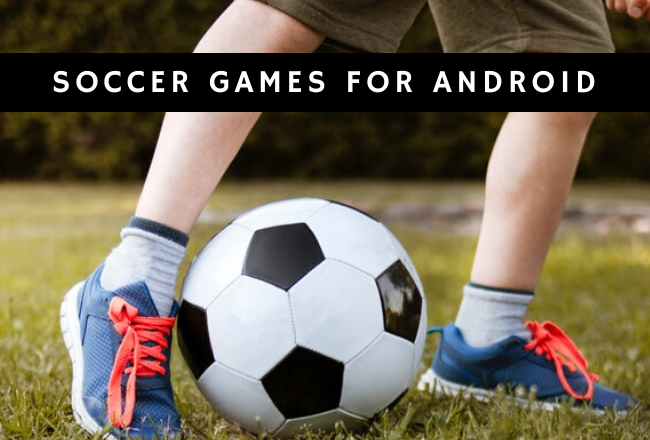 Gone are the days when you had to play a game to enjoy it. Technology has made life easier than ever in the history of the world and smartphones are one of the most essential inventions of mankind. It eases out tough tasks by eliminating efforts, and the same goes for Android games.

Soccer is one of the most-watched sports in the United States, obviously because people love it. Is it possible that people like to watch or play something and there is no app related to it? Well, not. Soccer games on your smartphone give another kind of chill vibes; however, it is much loved on an Xbox. Nevertheless, if anyone is looking for the best soccer games for Android smartphones, this article shall help you choose one for yourself.

It would be unfair to exclude FIFA tournaments while discussing soccer games. Almost everyone is aware of how big FIFA has become in the past century and how it has become the most popular soccer game of all time. Not surprisingly, FIFA has launched its game app for Android and iOS smartphones, making it the first choice of pro gamers. So, if you are looking for the ultimate best soccer game for Android, it is the stop. It has easier levels for beginners; whereas, insanely hard levels for advanced gamers. Also, it allows you to program in a way that even your favorite player could do your favorite action after striking a goal. Isn’t this awesome? Or do you want me to make it more awesome?

These are the awesome features with which the FIFA soccer game comes with:

Perhaps, any soccer fan can instantly recognize how big deal Spanish La Liga is; Head soccer is an official game of La Liga. Anyone can sign up and play, and it has a premium version as expected. There are many amazing features of La Liga which makes it fan’s top priority for their idle time. These features below make it more fun game all around the globe:

This game gives the player solid vibes, because of its beautifully designed arcade. The best part is that you can play shootouts several times. This game has some cool features and several other features which makes it exciting to play with friends or to kill time. Well, it is a disappointment to see its freemium version; nevertheless, what it offers is worth it:

If you are finding for an app that gives you a wholesome experience, then this is it. Dream League Soccer is a literal piece of excellence with all the possible features available. It is a perfect dream soccer anyone would want to play. The method is simple and sophisticated, you build an exceptional team of your own choice and lead them to win big championships and tournaments.

This game makes you feel like an actual soccer player because of its perfect graphics and worth every penny (well, it has a premium version). These phenomenal features make it a pro gamer’s choice are:

If you ask me for the best game to play with family and friends and not hear the name Football strike, there might be some serious matter going on. This is an awesome and addictive Android soccer game with the coolest and the most unique features any game could offer. It is a multi-player, so, when I said its best to play with the family, I wasn’t kidding. What are the features that make it best?

To choose some game other than FIFA soccer and La Liga, it has to be one fine game. So, here it is available for all the Android users which are highly recommended for beginner gamers. With this virtual soccer game app, anyone can play soccer anywhere and anytime. Here, some features of this game will teach you how to play soccer:

Having an Android phone with Google Play store opens up opportunities for new games of different credibility. These games named above are one of the highest-rated games on Android mobile phones while making people go mad over their favorite games. A professional soccer gamer is the one who tries different games and never stops exploring.

All these games have amazing and unique features, some have your favorite players while others have multiple options to play a soccer game. Soccer games for Android give you the experience to enjoy virtual soccer without even moving physically. Try these games and give feedback on the Play Store app to help them improve.