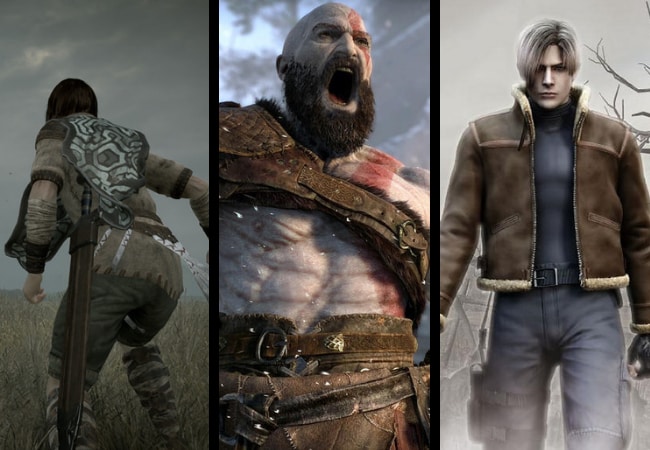 How many of you have played Grand Theft Auto: San Andreas, that was one of the most popular games at the time? Thanks to the PlayStation 2 that gifted us one of the best game of our childhood. Not only Grand Theft Auto, but there were also dozens of other video games for PS2 that gained popularity among the gamers of all ages. In this article, we will list the 12 best PlayStation 2 games for everyone. Let’s start.

These popular PS2 games are the most played games worldwide.

This is an action adventure game that was released on November 13, 2001. Based on stealth action, “Meta Gear Solid” is one of the best selling PlayStation 2 games with 7 million sold copies. It was developed and published by Konami.

It is also an action-adventure game, released on March 22, 2005. The game is based on Greek Mythology and later, many other versions of this series were released. This is the 11th best-selling PlayStation 2 game of all time, with more than 4.6 million copies of God of War sold out worldwide.

This is another wonderful PS2 game made by Konami, the best game of the time. In fact, Metal Gear Solid 3: Snake Eater can be listed among the best PS2 games ever released.

It is released in 2004 and about 3.6 million copies of this game sold worldwide. The game is complimented for its graphics, story, gameplay, characters, and wonderful ending.

Resident Evil 4 was first released on GameCube in 2005, and later for other systems including PS2, Windows, Xbox, Wii, and many others. It is a survival horror game based on the missions of the U.S. government special agent Leon S. Kennedy’s missions.

Shadow of the Colossus

The game later won multiple awards, and in Japan, it sold out 140,000 copies in the first week of its release.

With a whopping 4.7 stars rating on Google play and App store – Bully still remains one of the favorite games of current times. Therefore, when talking about the best PS2 games, it would be unfair not to mention bully.

Why should I play Bully?

It is proven that GTA is one of the most played games ever and everyone wants more of it. Bully is designed in the same fictional universe as of Manhunt and GTA (which is also proven).

Who is the main character?

The key character of this game is Jimmy Hopkins and around his life experiences at the Bullworth Academy somewhere in the state of New England.

Why is Bully considered best?

For what it’s worth, Bully has cool graphics and mind-bending tasks that will surely make one hell of an experience.

This upgraded version of Final fantasy was released around 2006 – yet it has maintained a 9/10 rating on Steam. The audiences’ reviews are splendid and full of amazement making it the best-selling PS2 game.

What makes it a popular choice?

Professional gamers would relate to the fact that all FF games are famous for its characters and plot twists – consequently, Final Fantasy XII is famous for its features like walking and sped up combat. Also it is loved for its amazing soundtrack.

An action game liked by 95% of its players. Kingdom hearts has been around here since the last decade, whereas KH2 was launched specifically for PS2 in 2005 and later adopted by updated PlayStation.

What is this sequel about?

This sequel of Kingdom Hearts composes of the same character Sora and his companions battling against the darkness and finding the way to enlightenment.

What is new here?

Kingdom hearts II is favored for its new features and power upgrades, which makes it more enjoyable and less hard than the prequels.

Want to know about a game that has 10/10 ratings on Steam – psychonauts. This game was released around 2005 and is loved by PS2 players ever since.

What is a psychonaut?

Its definition is complicated – so we will cut the part to its summary. Psychonauts is an interesting game with several plots and adventures for a third-person. As the name suggests, it is a game designed to someone who clears every level with cleverness.

Psychonauts was a big success right after its release and gamers who love adventurous video games made it famous.

With utterly serious name, this game has got a rating of 8/10 on Steam. Out of all PS2 games, this one will always have an upper hand on others.

What is this game about?

You must have probably guessed by the name – this is game in between angels and demons. Berserk is one leading antagonist famous in God Hand. People who play this game are curious about his fate and can’t wait for its revelation.

This game is addictive and one of the best PS2 games for a reason. However, some gamers despise its difficult controlling options but others enjoy its characters and plot.

Along with these 12 best PS2 games, dozens of other games also gained popularity and won several awards. Because of the wonderful games released, PS2 can easily be complimented as one of the best video game consoles of all times.